Feast your eyes on a portfolio of images that reveal the singular beauty and charming idiosyncrasies that make New Mexico such a remarkably photogenic state.

The judges are unanimous: It gets harder to pick the photo contest winners every year. This is a very good problem for us to have, because it means the results are sure to result in a portfolio of images worthy of representing the state’s extravagant natural beauty and only-in-NM idiosyncracies. The quality of competition also inspires participation from a broad and diverse range of inspired amateurs and aspiring pros. This year we received entries from 222 photographers from 34 states and the District of Columbia, as well as Afghanistan, Brazil, Ireland, Israel, Japan, and the UK.

Based on the quality of the submissions and some telltale details gathered in the vetting process (from websites, Flickr pages, etc.), it’s obvious that many of the contestants take their photography very seriously indeed. Included among this year’s winners and finalists are last year’s Grand Prize winner, Wayne Suggs, and two photographers—Bob MacDougall and Kimber Wallwork-Heineman—who landed two images each in these pages. So it comes as a surprise—and a source of some consternation to competitors, presumably—that this year’s Grand Prize winner, John Whitney, takes his hobby rather casually. “I use a point-and-shoot camera, nothing too fancy, and try to catch the natural light,” he says. “I usually don’t mess with or edit any picture. There’s no science behind it, really.”

A 34-year-old Irishman, Whitney lives in Rio Rancho and works for an Albuquerque-based roofing company. “I lived in California from 2004 until 2009 and road-tripped through New Mexico a few times and always had it in the back of my mind to move here,” he says. “I really kind of fell into taking landscape photos in 2009, when I worked on a ranch in Santa Rosa. It’s hard not to do so, what with the skies, contrasting landscapes, and the light.”

He snagged the winning image, above, at the Volcanoes area of Petroglyph National Monument, on Albuquerque’s West Mesa, after a late-season snowfall. “It’s a nice place to go for a walk,” he says, with the same understatement he brings to speaking of his photography.

We’re pleased this year to have an exhibit of the winning and finalist photos, to be held at the Tularosa Basin Gallery of Photography, in Carrizozo, from January 30 through March 31 (photozozo.org). The gallery will also be offering prints for sale. 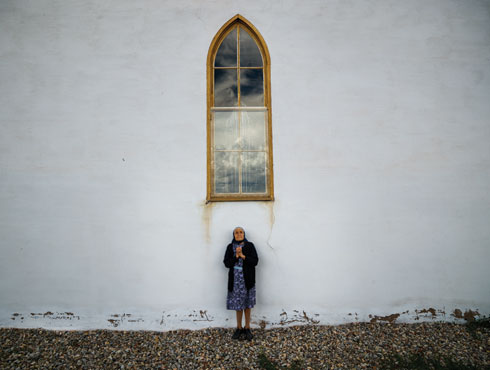 I was photographing the church in Villanueva, which I had done on multiple occasions while on vacation from Steamboat Springs, Colorado. I had my tripod set up when I looked over and saw a beautiful, saintly 101-year-young woman walking around, escorted by her grand- daughter. My wife and I ran over, introduced ourselves to Eloisa Montoya, and asked (actually begged) if I might photograph her. She graciously accepted and I placed her directly below the stained glass window that protects the Saint Theresa statue, framed by the stained adobe, and with the heavenly reflections of the clouds on the window. I looked through the viewfinder and was absolutely thrilled. After photographing Eloisa, we thanked her—but before we departed she gently held my hand and said a prayer for me. As I later looked at the images, I knew that I had been given an incredible gift that day. 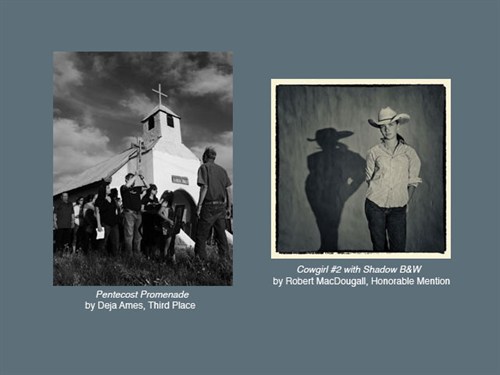 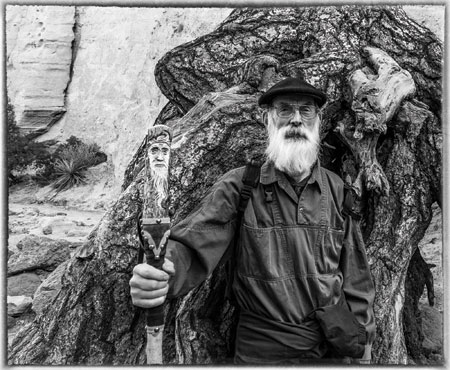 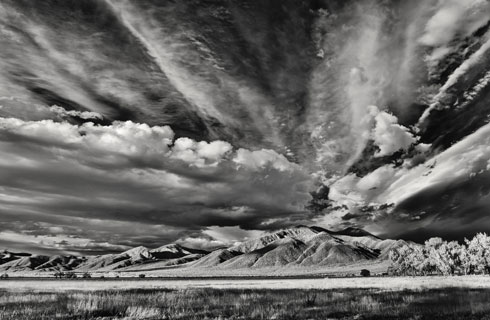 The First Place image, Taos Mountains by Jerry Kelley, appears on the cover 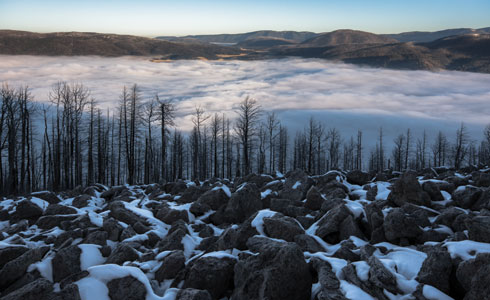 Valleys of the Caldera by Andrew Gordon, Second Place

This is the Valle Grande as seen from Rabbit Ridge in the Valles Caldera National Preserve. I just moved to New Mexico last year, and one of my favorite things to do is drive to the caldera early in the morning and hike up one of the trails to see the valleys filled with fog. Due to the topography of the caldera, temperature inversions are common. On this particular morning, there was a large amount of fog as a result of recent snow and frost; the darker haze in the distance is from an inversion. The trees in the middle ground were burned in the 2011 Las Conchas fire. The view was stunning, and I felt as if I were standing in front of a large painting. 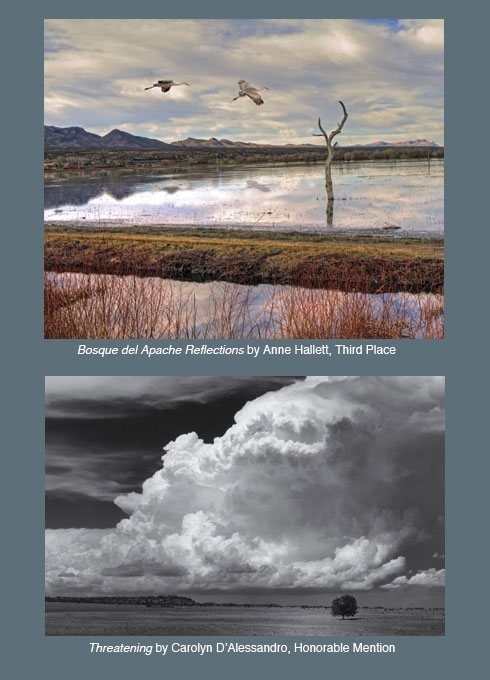 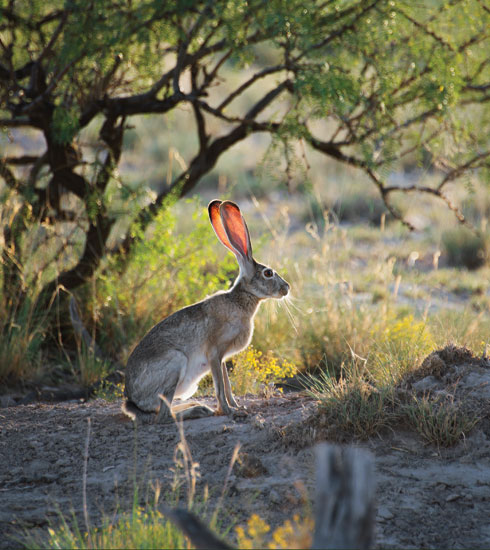 Cooling Off in the Late Afternoon by Lynda Brugman, First Place

The jackrabbit was shot in the Tularosa Basin, where I was out looking for quail and rabbits. I had to chase him down a little before he stopped in the light—couldn’t have asked for more. I’ve lived back and forth between New Mexico and Arizona, but for about 11 years I’ve been residing in beautiful Fresnal Canyon, between Alamogordo andHighRolls. I retired in 2010, and now this is what I do because it’s fun. 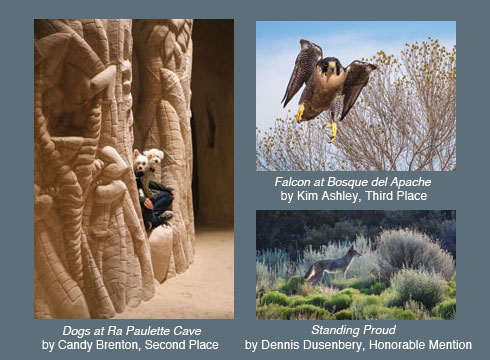 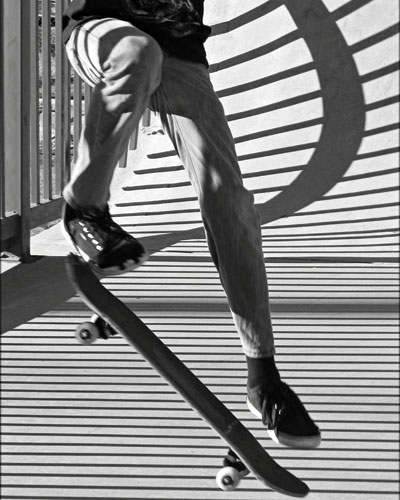 As a part-time resident of Santa Fe, I often pass by the DeVargas Skate Park, and know it to be a community hot spot for daring and energy-driven youth. On this particular autumn afternoon, the shadows cast added an undeniable graphic intensity to the forms of skateboarders showing off their latest tricks. The young boy in the photo was more than happy to show me his moves as dusk moved in. 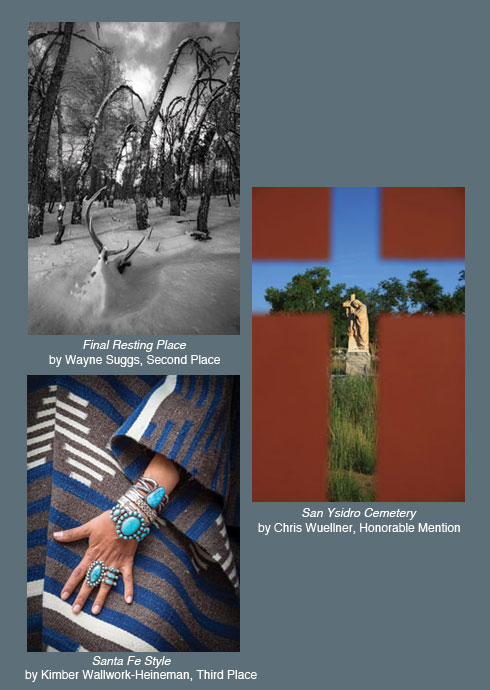 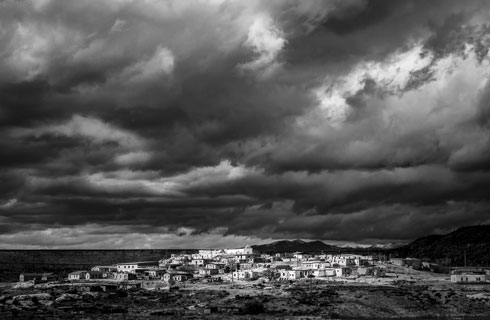 Break in the Clouds—Laguna Pueblo by Steve Yabek, First Place

ONLY IN NEW MEXICO

I was returning from El Malpais, heading east on I-40, when I noticed ominous dark clouds to the north of Laguna Pueblo. I pulled off the road just as a shaft of light through a break in the clouds illuminated much of the village. I made the shot handheld not wanting to spend the time setting up my tripod. The break in the clouds was, indeed, transient, lasting less than one minute. 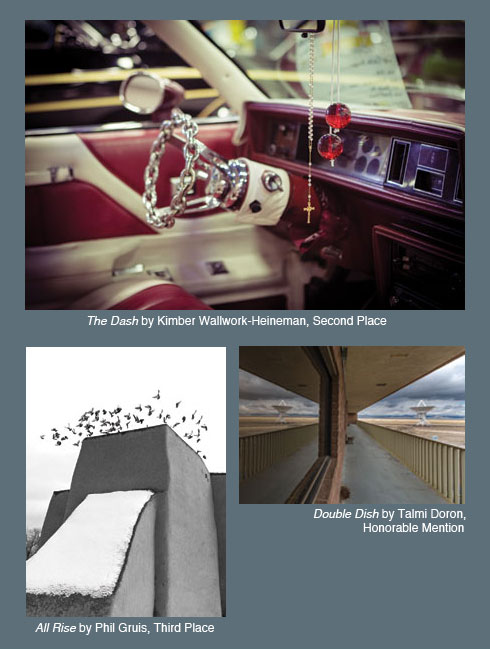