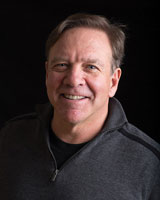 “I LIVE IN NOB HILL,” says Kurt Oelsner. “I grew up in the area. I’ve seen it go through good times and bad. And I wanted to be part of it.”

Oelsner’s a partner in ChocolateDude Coffee and Candy, one of the stylish enterprises Ashley Biggers identifies as representing the lively Albuquerque neighborhood’s identity as it celebrates its centennial year.

ChocolateDude’s expression of civic spirit rooted in a sense of history echoes throughout this issue. And for that it’s hard to beat this boast by the editor of the Red River Miner, Fritz Davis: “In Red River, we know a good party when we see one.” In this particular case, he’s talking about the town’s annual Mardi Gras celebration. In Fat Tuesday in Red River we learn that the fish-out-of-water fête had its genesis in the seventies when Vietnam vet Wally Dobbs took it upon himself to promote the town’s ski resort to Louisiana families who were looking for someplace to go during their college kids’ Mardi Gras holiday. Now it’s one of the highlights of the year in Red River.

As David Pike notes in his story about Artesia, the culture of a place is explicity revealed by what it takes pride in. In Putting the Art in Artesia it’s the public library, which was purpose-built to showcase a mural by the beloved 20th-century New Mexico artist Peter Hurd. That the mural was painted on a wall in a Houston office building presented an unprecedented logistical challenge. “It’s the story of a mural, certainly,” Pike writes, “but there’s a larger story here: one about community and what it chooses to value.”

The project was underwritten by the late philanthropist Estelle Yates, art and book lover extraordinaire, and as a public-private partnership, it required the support of the entire Artesia citizenry. “That’s the flavor of the community we live in,” says Mayor Phil Burch. “If there’s something needed in this city, you go to enough people, you’ll find somebody to say, ‘I’ll take that on.’ ”