Events around the state this month, including Festival of the Cranes, Día de los Muertos, balloon fests, and ... bacon-palooza!

Above: Festival of the Cranes at Bosque del Apache National Wildlife Refuge. Photo by Kevin Garrett.

One of the top bird-watching events in North America, Festival of the Cranes at Bosque del Apache National Wildlife Refuge, draws countless fans of these graceful birds with massive wingspans and distinctive red foreheads. “We welcome back between 7,000 and 10,000 sandhill cranes to their winter grounds,” says festival coordinator Michael Hanauer. “The flocks fly in every morning at sunrise and take off every evening around sunset to nest. You get some intense viewing—as close as 30 yards.” Many of the dozens of workshops held at the refuge as well as in nearby San Antonio and Socorro focus on wildlife photography, but you can also sign up for horseback adventures, seminars on sandhill crane vocalization and body language, and raptor identification courses. The Bosque’s peak season lasts until mid-February. (575) 835-1828; festivalofthecranes.com

With roots as far back as three millennia, to the burial rituals of pre-Columbian Mexico, Día de los Muertos, or Day of the Dead, celebrations hold special significance in Mesilla, which stood at the U.S.–Mexico border at the time of its 1848 founding. Over three days in and around the village plaza, local families pay tribute to the deceased by creating ornate altars, partaking of traditional Mexican food and music, and marching in a candlelight procession to the cemetery of historic Basilica of San Albino. Coinciding with Halloween weekend, it’s a joyous rather than somber occasion (575-524-3262; mesillanm.gov). “We hold a special wine dinner on Friday,” says Jerry Harrell, general manager of the venerable Double Eagle restaurant. “Nearly everyone arrives in Day of the Dead costume, and we award prizes in the ‘scariest,’ ‘funniest,’ and ‘best couple’ categories.” You can even toast los muertos with an appropriately themed cocktail, such as the “Bury Me Deep,” a decadent chocolate-brandy concoction served at the Double Eagle throughout the weekend. (575) 523-6700; double-eagle-mesilla.com

Sizzling, succulent pork belly is the guest of honor at Albuquerque’s Balloon Fiesta Park on November 7. The Southwest Bacon Fest features plenty of blues bands and local beer makers, plus about 50 vendors who have created at least one bacon-graced delicacy. “We’ve had bacon ice cream, bacon lobster rolls, and chile-and-bacon s’mores,” says festival producer Dean Strober. “Last year, Chama River Brewing created a BLT bacon lager with tomato juice.” Standard admission costs $7, and every vendor offers an item priced at or below $4, but bacon connoisseurs should consider investing in the $25 Fill Me with Bacon ticket. Adds Strober: “You get seven poker chips, and these are redeemable for each vendor’s bacon dish.” (505) 510-1312; southwestbaconfest.com 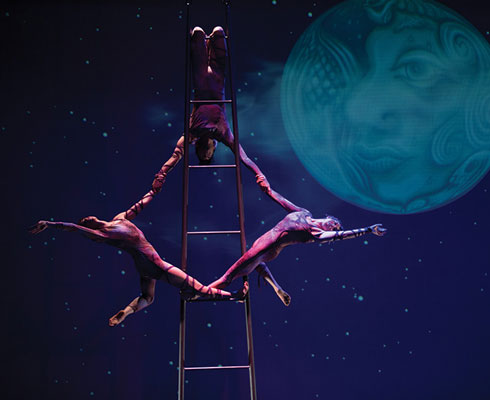 Love hot-air balloons, hate crowds? The Balloons & Tunes Festival, an intimate alternative to the larger balloon gatherings around NM, lights up the sky over Artesia on November 7–8. About 30 pilots ascend during the morning launches, followed by an arts-and-crafts show. (575) 746-2744; artesiachamber.com

Bebop alto sax legend Frank Morgan (1933– 2007) shared both the talent and the troubles of his mentor, Charlie Parker. Morgan, however, successfully kicked his heroin habit and resurrected his career following multiple stints behind bars. A spirited tribute to this former Taos resident, the Frank Morgan Taos Jazz Festival comprises concerts by the Lorca Hart Trio, George Cables Trio, and Grace Kelly Quintet, as well as a screening of acclaimed documentary Sound of Redemption: The Frank Morgan Story. Venues include the Taos Inn, where Morgan often performed in the Adobe Bar. (575) 758-3147; taosjazz.org

Make a hot date with singular Only in NM foods at HomeGrown: A New Mexico Food Show & Gift Market, held at the Farm and Ranch Heritage Museum in Las Cruces. The state’s Department of Agriculture struts our edible stuff in its demonstration trailer, which serves all sorts of tasty food, including local beef burger sliders, goat cheese pinwheels, and green chile stew. Visitors can also nosh on biscuits and other Dutch oven treats from the museum’s chuckwagon and get a head start on holiday gift shopping for New Mexico–made goodies—spice mixes, salsas, wines, candy, nuts, pinto beans—from about 50 different purveyors. (575) 522-4100; nmfarmandranchmuseum.org

The National Weather Service is predicting a mammoth El Niño—with way-above-normal snowfall—throughout the state this winter, and among skiers and snowboarders, the excitement is palpable. Adding to the buzz are new ziplines at Red River Ski Area (575-754-2223; redriverskiarea.com), whose season opens November 25, and Ski Apache (575-464-3600; skiapache.com), which cranks up the lifts on November 27 and recently debuted the 8,890-foot Wind Rider zipline, one of the world’s longest. Taos Ski Valley (575-776-2291; skitaos.org), which continues full speed ahead with the redevelopment of its base village, plans to open on Thanksgiving Day, as does Ski Santa Fe. (505) 982-4429; skisantafe.com